The next version of Microsoft Windows finally has an official name: Windows Vista. The name debuted yesterday at a Microsoft sales conference in Atlanta. The name was officially announced today on the Microsoft website. Windows Vista’s code-name was Longhorn.

The advertising tagline for Windows Vista is: “Clear, Confident, Connected: Bringing clarity to your world”. According to Microsoft, the XP in Windows XP stands for “experience”. Windows XP’s code-name was Whistler. Don’t know yet the reason behind the new name.
The beta version will be released on August 3, 2005.
– Official Windows Vista website
– 7/22/2005: Microsoft Vista press release
– 7/22/2005: Longhorn’s new name: Windows Vista (c|net)

My Dell Inspiron 600M laptop arrived today at 5:30 pm. I had bought it exactly 7 days back. I was expecting it sooner but there was a weekend in between. So, it got delayed by 2 days. 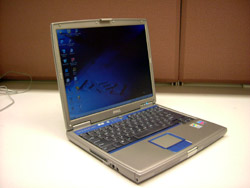 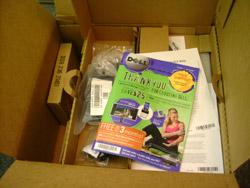 Also tested out the bluetooth connection and I am able to transfer pictures and files from my cellphone. I will be able to take more photos with my cellphone from now on :).
Everything is working great and I am really satisfied with my laptop :).

Just chanced upon a blog post about Google Moon. Google Moon is a Google Map version of the moon and shows imagery on the Moon’s surface. It was created in honor of the first manned Moon landing, which took place on July 20, 1969. It uses NASA imagery and so the zoom level is limited (By the way, try zooming in too close and see what happens 🙂 ). 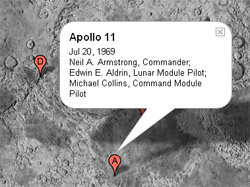 Also, in 2069, Google will fully integrate Google Local search capabilities into Google Moon and will open a research and technology center on the Moon! This project is called the Copernicus Initiative (also called GCHEESE, acronym for “Google Copernicus Hosting Environment and Experiment in Search Engineering”). A very ambitious project indeed.
Also, note the last paragraph on the Lunar Jobs page :).

Applicants must be at least 18 years of age by April 1, 2007 and have proof of earth residency. Google is an equal opportunity employer.

Just bought an Inspiron 600M laptop! Dell has a great deal which comes once every 2 or 3 weeks where you configure an Inspiron laptop upto $1500 and then get $750 off! So, basically you get a top-end Inspiron laptop for only $750. Mine was a bit more than $750 because I added some more extras. I did like the Inspiron 700M. It looks and works great but the screen is too small. I would have loved to buy the Latitude X1 but it is way beyond my budget. 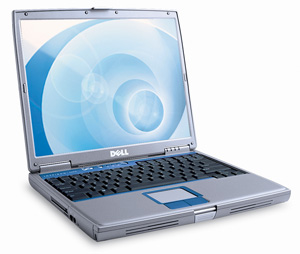 Today is July 4th, the American Independence Day. Went for a barbeque cookout at a friend’s place. Rain was predicted in the morning but when we finally reached there, the weather was great – not too hot and with a light breeze. The barbeque cookout was fun, the food was great and met a lot of nice people.
At night, me and my friends went to Knoxville World Fair Park to see the July 4th fireworks. We reached at 9 pm but the fireworks started a bit late – at about 9:45 pm. It was great and there were lots and lots of people. I did not have a camera with me but I took a couple of pictures with my camera phone. They came out ok, but not that great. Am putting one here. 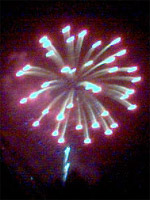 Overall, the day was great and I really enjoyed it.
Note: July 4th is the day when the Declaration of Independence was signed and adopted in 1776, declaring independence from the British. If you would like to know more about the Fourth of July, please see this link.