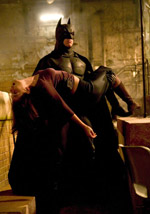 Starting yesterday (June 18), CNN now offers free news video on its website. This is two days ahead of the original launch date, which was supposed to be June 20. Previously, it used to charge $4.95/month for access to news videos. The videos are supported by 15-second commercials. Also, if you go to CNN.com now, you will notice that the logo now has the phrase “With Free Video”.

www.cnn.com/video
This is a welcome step. I had always wanted to watch news videos on CNN. I know that BBC has always offered free news videos. I checked out a couple of the videos. They are of fairly good quality but occasionally, the video seemed to be a bit jumpy. This might be due to the heavy load of users trying to check out the new free video feature on the website.
Related Links:
6/18/2005: CNN.com debuts free video
5/16/2005: CNN.com to Make Its Online Video Free (Yahoo News/AP)
5/16/2005: CNN.com to offer free video, new premium service

I came across this post on Dr. Karuturi’s website and I realized that I had never thought about it. Domain names can be a maximum of 63 characters long without the top level extension i.e. .com, .org. co.uk etc.
So, the longest domain names in the world (for .com names) are:
[1] http://www.thelongestdomainnameintheworldandthensomeandthensomemoreandmore.com/ (67 characters = 63 characters + 4 characters for .com)
Note: Read it as “www dot the longest domain name in the world and then some and then some more and more dot com.”
[2] http://www.iamtheproudownerofthelongestlongestlongestdomainnameinthisworld.com/ (67 characters = 63 characters + 4 characters for .com)
Note: Dr. Karuturi’s new domain name. Read it as “www dot I am the proud owner of the longest longest longest domain name in this world dot com.”
[3] http://3.141592653589793238462643383279502884197169399375105820974944592.com/ (67 characters = 63 characters + 4 characters for .com)
Note: The name is the first 65 characters of the value of Pi to one million decimal places.
[4] http://www.abcdefghijklmnopqrstuvwxyzabcdefghijklmnopqrstuvwxyzabcdefghijk.com/ (67 characters = 63 characters + 4 characters for .com)
Note: The site also offers free email. Of course, I did not sign up! 🙂
There can be many more which are this long. I will add them to this list as I find them.
Also, the longest single word domain name in the world is http://www.llanfairpwllgwyngyllgogerychwyrndrobwllllantysiliogogogoch.co.uk/ (64 characters = 58 characters + 6 characters for .co.uk)
It is the name of an actual village on the island of Anglesey in Wales, UK and the name itself is a Welsh word which translates as “St Mary’s Church in the Hollow of the White Hazel near a Rapid Whirlpool and the Church of St. Tysilio near the Red Cave.” For day-to-day purposes, the name is abbreviated to Llanfair PG or Llanfairpwll :).
Tetaumatawhakatangihangakoauaotamateaurehaeaturipukapihimaungahoronukupokaiwhenuaakitanarahu is the name of a village in New Zealand. And at 92 characters, it is the longest placename in the World (according to the Guinness Book of World Records).
Krungthepmahanakornamornratanakosinmahintarayutthayamahadilokphop
nopparatrajathaniburiromudomrajaniwesmahasatharn
amornphimarnavatarnsathitsakkattiyavisanukamprasit
is the name of a village in Thailand and is 163 characters long. However it is not included in the Guinness book. (p.s. The word is so long that it was messing up the layout of my page. So, I broke it into 3 lines :). )
And of course, Pneumonoultramicroscopicsilicovolcanokoniosis is the longest English word (45 characters) and is defined as “a lung disease caused by the inhalation of very fine silica dust, mostly found in volcanos”. It is also known as “p45” and is the longest word ever to appear in a non-technical dictionary of English (Oxford English Dictionary). The actual name of the disease is pneumoconiosis.

AOL/AIM is now offering free email. I signed up for one yesterday. If you already have an AIM username, you can access your webmail at http://mail.aol.com/.

And today, I found out that it also provides IMAP access. I tested the IMAP connection with Outlook Express and it works nicely. The settings are:
IMAP server: imap.aol.com
Port: 143 (default port)
As far as I know, no other email service – Gmail, Yahoo, Rediffmail and even Yahoo Mail Plus do not offer IMAP access. I think Outlook Express can be configured to access Hotmail but I am not sure if it is POP or IMAP, or whether it works for all free accounts.
btw, Fastmail does offer free IMAP access but provides only 10 MB storage space.
I will test AOL/AIM mail for some more time and I will post my experiences here.
Related Links:
– 06/06/2005: AOL Launches Free Email Service (CNN Money)
– 05/05/2005: Yahoo now offers 1 GB email space
– 11/16/2004: Gmail POP access