Came across two MetLife balloons today near the Costco in Frederick, Maryland. They looked like UFOs 🙂

Looks like these balloons are called MetLife Blimps – Snoopy One and Snoopy Two! 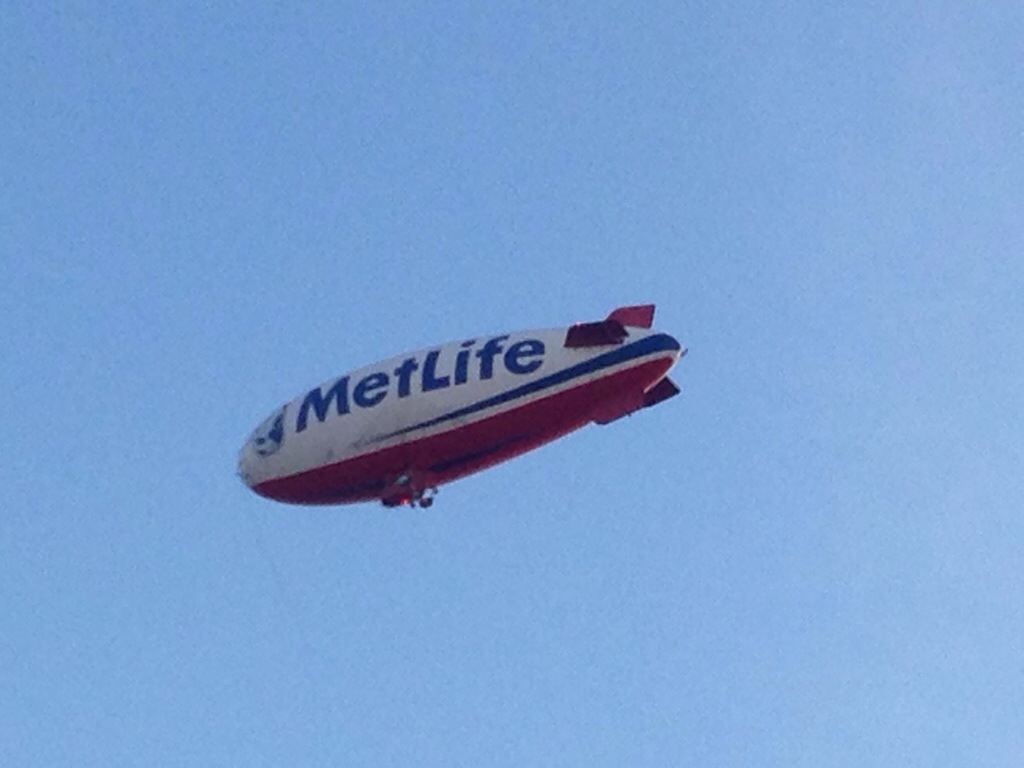 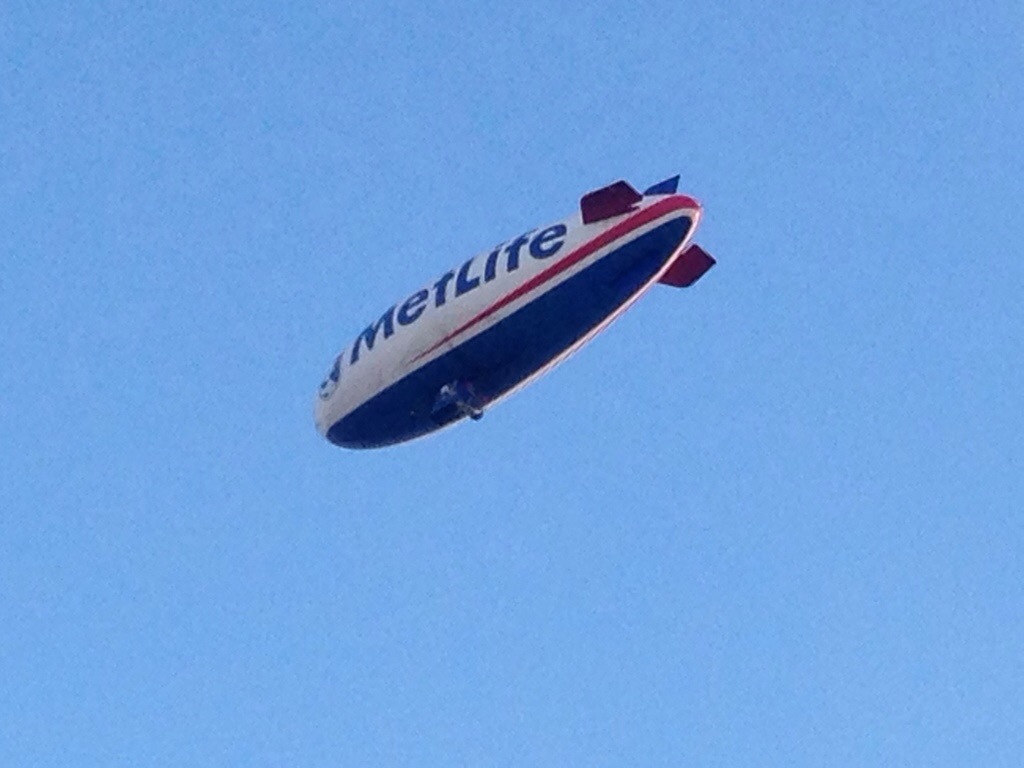 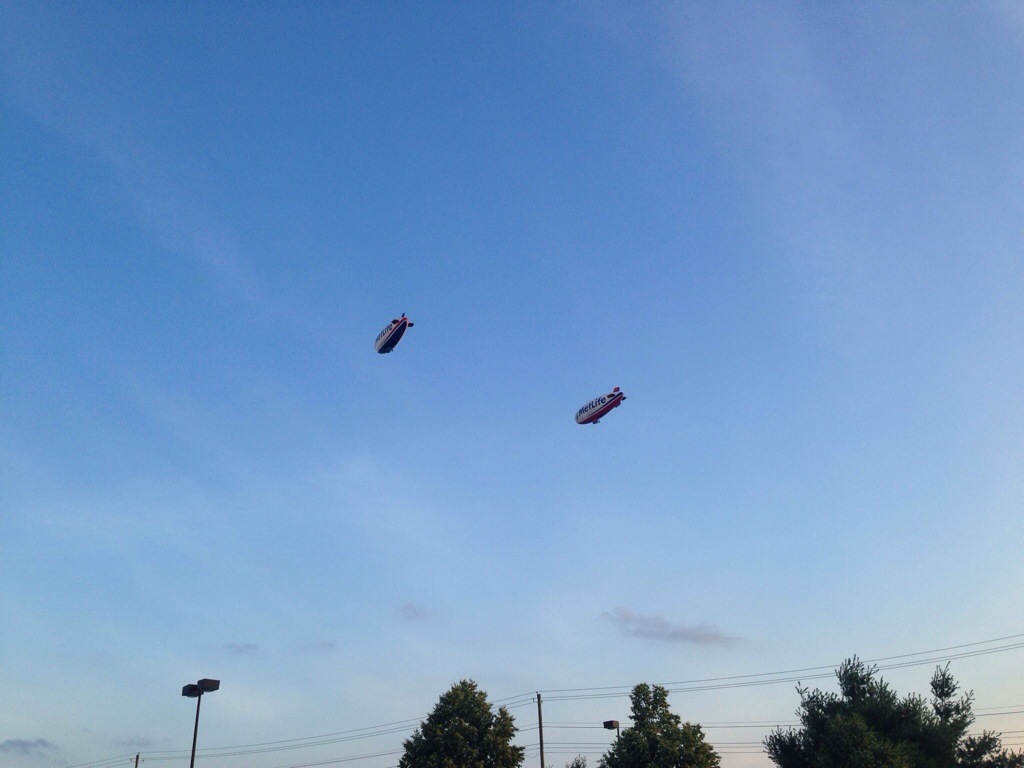 I came across an ad today which mentioned that Macedonia is the first country in the world to have country-wide Wi-Fi network coverage. I was amazed and I searched a bit and found out that this is indeed the case. The coverage was possible due to a project called “Macedonia Connects” which was funded by the USAID.
Macedonia has a total area of 25,333 square kilometers – similar to the size of my home state Manipur i.e. roughly 0.8% of the size of India or 0.3% of the size of the U.S.

Image Courtesy: David Liuzzo/Wikipedia
Sometime back, I remembered reading something about Philadelphia going to be the first Wi-Fi enabled city in the U.S. But I am not sure if the project has been fully implemented yet. Currently, Corpus Christi, TX seems to be the only U.S. city which has full Wi-Fi access. Please correct me if I am wrong. Also, c|net has a list of municipal broadband network projects in the US.
Related Links:
– Official Macedonian Govt. website
– Wi-Fi Planet article (12/22/2006)
– Financial Times article (3/28/2006)
– BBC article (11/11/2005)
– Macedonia – Wikipedia

I first came across these in a Chinese store in Chicago China town a couple of weeks back. And I was awe-struck. It seems that the bird nests of a certain type of swift bird are used as a delicacy in Chinese cuisine. These nests are made from the bird’s saliva and in addition to being a delicacy, they have medicinal properties also. 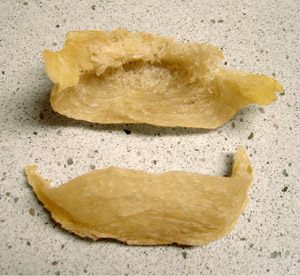 Image Courtesy: Wikipedia
These nests are extremely expensive – mostly due to the lengthy and hard process of getting the nests from unreachable rock crevices and also for cleaning them. The ones I saw in the Chinese store ranged from $800 to $1,500 per box (You can see the $888.99 price on the orange star shaped paper on the right of the box in the image below. Click the image to enlarge it). And these can go upto $10,000! 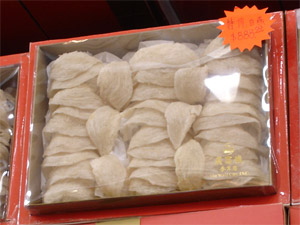 I have not tasted the bird nests soup yet, but if I do, I will surely update this post :).
Wikipedia article about the bird nests

Wonderworks. Pigeon Forge, TN. Look at the picture carefully ;). Isn’t there something wrong with the house? 🙂 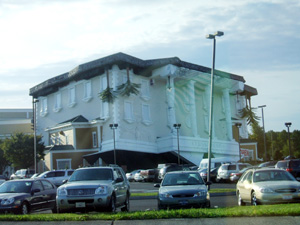 Was reading an article on CNN that the USS Nashville was in Beirut, Lebanon to evacuate the stranded US citizens.
Could not help but notice the coincidence.
For those who are unaware, there is also a place called Lebanon (wikipedia | map) near Nashville, Tennessee. Hence the title of this entry: “Nashville in Lebanon and Lebanon near Nashville” :). Nashville is the capital of Tennessee is considered the home of country music.
Trivia:
– Dell Inc. has a desktop manufacturing facility (EG1) at East Gate, Lebanon, TN.
– Just learnt that the Cracker Barrel restaurant chain originated in Lebanon, TN! I love Cracker Barrel :).
– Lebanon, TN is pronounced “LEB-nun”, as opposed to the “LEB-uh-non”. That reminds me of my conversation with my friend Jenny that Antioch, TN is pronounced “Ani-ock” 🙂

I was discussing this with my friends previously but they did not believe it. Then I came across this article today. It is an NY Times editorial which talks about how McDonald’s is starting to implement long-distance call centers for taking orders from drive-thru customers! Some 50 McDonald’s franchises are reportedly testing this remote order-taking technology. So, when you are sitting in your car and giving that order for your McChicken, the person you are talking to might actually be sitting in California instead of good ol’ Knoxville! Think about that.
NY Times (4/13/2006): Fries With That?
NY Times (4/11/2006): The Long-Distance Journey of a Fast-Food Order

Fries With That?
NY Times Editorial. April 13, 2006
Sometimes it’s all too easy to lose perspective in the modern world. On Tuesday, The Times reported that McDonald’s has begun experimenting with a new way of routing menu orders at the drive-through window. The voice you hear at the squawk box comes not from an employee inside the restaurant but from a call center hundreds, if not thousands, of miles away. The order is then relayed to the front of the very restaurant where you are bodily present and filled as usual. A man who wants a Big N’ Tasty in Wyoming and a woman who wants an Egg McMuffin in Honolulu may be placing their orders with the same teenager in California. Several customers, told of the fact, seemed taken aback.
And yet where is the surprise? There you sit, perhaps miles from home, idling in a car that was manufactured almost anywhere, burning gasoline refined from a substance pumped out of the ground who knows where and shipped, in all likelihood, across the ocean to be trucked to the station where you last filled up. Meanwhile you’re talking to your best friend on your cellphone

I came across this post on Dr. Karuturi’s website and I realized that I had never thought about it. Domain names can be a maximum of 63 characters long without the top level extension i.e. .com, .org. co.uk etc.
So, the longest domain names in the world (for .com names) are:
[1] http://www.thelongestdomainnameintheworldandthensomeandthensomemoreandmore.com/ (67 characters = 63 characters + 4 characters for .com)
Note: Read it as “www dot the longest domain name in the world and then some and then some more and more dot com.”
[2] http://www.iamtheproudownerofthelongestlongestlongestdomainnameinthisworld.com/ (67 characters = 63 characters + 4 characters for .com)
Note: Dr. Karuturi’s new domain name. Read it as “www dot I am the proud owner of the longest longest longest domain name in this world dot com.”
[3] http://3.141592653589793238462643383279502884197169399375105820974944592.com/ (67 characters = 63 characters + 4 characters for .com)
Note: The name is the first 65 characters of the value of Pi to one million decimal places.
[4] http://www.abcdefghijklmnopqrstuvwxyzabcdefghijklmnopqrstuvwxyzabcdefghijk.com/ (67 characters = 63 characters + 4 characters for .com)
Note: The site also offers free email. Of course, I did not sign up! 🙂
There can be many more which are this long. I will add them to this list as I find them.
Also, the longest single word domain name in the world is http://www.llanfairpwllgwyngyllgogerychwyrndrobwllllantysiliogogogoch.co.uk/ (64 characters = 58 characters + 6 characters for .co.uk)
It is the name of an actual village on the island of Anglesey in Wales, UK and the name itself is a Welsh word which translates as “St Mary’s Church in the Hollow of the White Hazel near a Rapid Whirlpool and the Church of St. Tysilio near the Red Cave.” For day-to-day purposes, the name is abbreviated to Llanfair PG or Llanfairpwll :).
Tetaumatawhakatangihangakoauaotamateaurehaeaturipukapihimaungahoronukupokaiwhenuaakitanarahu is the name of a village in New Zealand. And at 92 characters, it is the longest placename in the World (according to the Guinness Book of World Records).
Krungthepmahanakornamornratanakosinmahintarayutthayamahadilokphop
nopparatrajathaniburiromudomrajaniwesmahasatharn
amornphimarnavatarnsathitsakkattiyavisanukamprasit
is the name of a village in Thailand and is 163 characters long. However it is not included in the Guinness book. (p.s. The word is so long that it was messing up the layout of my page. So, I broke it into 3 lines :). )
And of course, Pneumonoultramicroscopicsilicovolcanokoniosis is the longest English word (45 characters) and is defined as “a lung disease caused by the inhalation of very fine silica dust, mostly found in volcanos”. It is also known as “p45” and is the longest word ever to appear in a non-technical dictionary of English (Oxford English Dictionary). The actual name of the disease is pneumoconiosis.

ROME, Italy (Reuters) — Dog owners in Turin will be fined up to $650 if they don’t walk their pets at least three times a day, under a new law from the city’s council.